A look into the generative and vegetative stages of potatoes 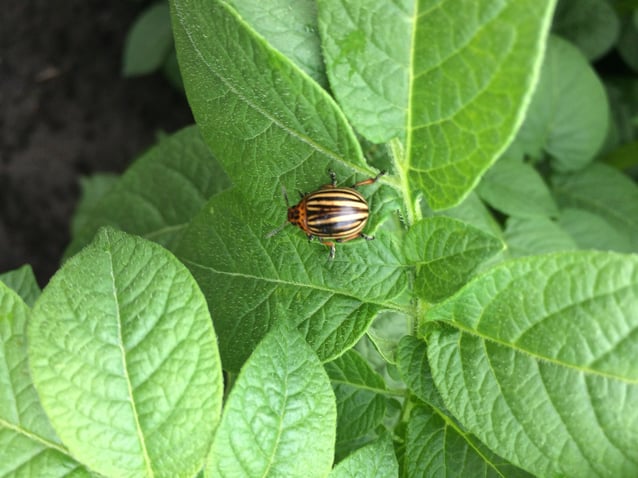 A butterfly deposits its eggs on a leaf, that generate a caterpillar that grows during a few molts. At the end of summer, the caterpillar spins a web around itself to make a pupa that goes into hibernation and survives the winter. In spring, the metamorphosis is complete and a butterfly emerges from the pupa. Thus, the four images of the same animal as butterfly, egg, larvae and pupa have the same genes. At each stage, however, partially a different set of genes are actively making proteins and metabolites. But they all contribute to the appearance of a certain stage in life. In potatoes, the metamorphosis is less drastic than in insects at first sight, but potatoes too have four distinct appearances.

The cycle is assumed to start with a full-grown potato plant provided with flowers. After fertilization with pollen from the anthers brought into contact with the stamen, a berry with a few dozens of seeds is produced. The seed has all the genes of the original father and mother plants but has a completely different appearance. When the seed is sown, it produces a seedling with roots, canopy, flowers and tubers. The tubers still have the same genome as the seed they were originally grown from, but once again have a different appearance. Both seeds and tubers are dormant for some time— comparable to the hibernation of the pupa of insects—before they grow into the next stage, which is that of a plant.

Besides plant, seed and tuber, there is a fourth appearance of the potato, a callus. This is an undifferentiated proliferation of cells, without a function allocated to them, grown from a single cell or from a small group of cells. For virus cleaning and rapid multiplication purposes, these cells are usually taken from the growing apex where cell division takes place. When this excised cell or group is placed in a gel containing a growth medium, they initially form a callus. After some time, under the influence of gravitation, the basal cells develop into roots and the top ones into stems and leaves—this is a differentiation whereby genes are expressed to form metabolites employed to grow various organs. Breeders and growers assist in gene expression. A seed only starts to germinate when placed in a moist environment, a tuber only starts to sprout when the temperature is raised well above 2 °C. Placing seed tubers in diffused light reduces the elongation of sprouts, applying sprouting inhibitors inhibits sprouting and withholding irrigation water incites the plant to more extensive rooting. 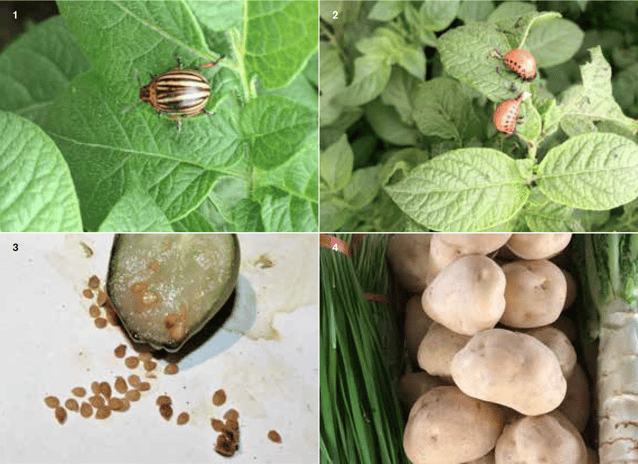 Winged insects such as Colorado beetle (1) and their larvae (2) and botanical potato seeds (3) and tubers (4) are examples of metamorphosis.