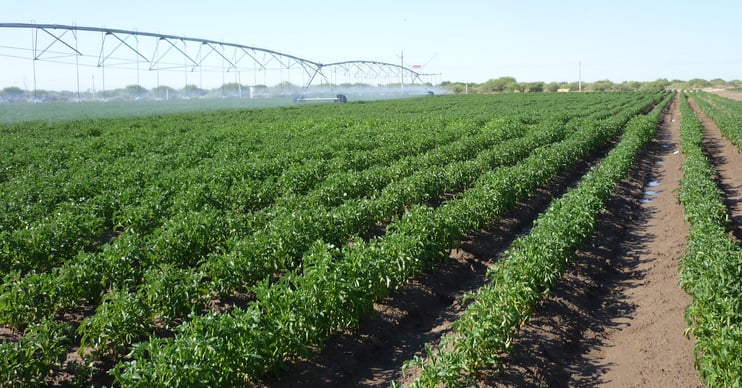 Modern varieties have followed a long path before arriving at the current stage with desired traits.These are for instance a regular shape, taste, size, adaptation to the growing environment and resistance to many prevalent important pests and diseases.

Some 7,000 years ago, only a few species were grown near Lake Titicaca in the Andes. They were of the Solanum brevicaule group. Domestication resulted in a few diploid species such as S. stenotomum and S. phureja and the tetraploid Solanum tuberosum with subspecies andigena and tuberosum. In the Andes, S. andigena became most popular because it has a long growth cycle that allows high yields under short day conditions. There were also growers that selected varieties within the species they were domesticating. They were especially interested in genotypes that hardly had any dormancy and had a short growing cycle from planting to harvest, so they could grow more than one crop per year.

Two crops per year are possible at the same altitude and environment. Similarly at different altitudes close by, such as in a valley with residual moisture from the rainy season. Growing a winter crop between two summer crops also requires a rapid maturing crop. Solanum species that migrated from the potato gene center in Southern Peru and Northern Bolivia to Southern Chile were subjected to long days. They gradually adapted and became able to produce tubers under such conditions. These species were also more suitable for conditions in Northern America, Asia and Europe, resulting in the long day-adapted Solanum tuberosum varieties grown worldwide.

Currently potatoes thrive in the short (12 h) daylength of the highlands in Rwanda, Kivu in Congo, the Philippines and Colombia. Often other species, especially S. andigena, perform better in tropical highlands, but market requirements often lead to the cultivation of S. tuberosum, that also performs well in the even shorter days of shorter seasons of the subtropical winters in Northern India, Bangladesh, Myanmar, Vietnam and Egypt and northern plains of Mexico.

Many varieties are adapted to the intermediate daylength of the Mediterranean spring in Morocco and South Africa, to the long days in Northern temperate latitudes of around 15 h daylength in summer up to 21 h daylength in the Oulu region in Northern Finland. The crop is widely grown below sea level in Israel and the Netherlands and is extensively found at mid-elevations between 1,500 and 2,500 meters above sea level in the tropics such as Indonesia, Burundi and Mexico. The crop continues to grow well at more than 3,500 meters above sea level in the center of origin the high Andes of Peru and Bolivia.

All this variation came about through natural selection and by screening of a wide range of genotypes and keeping the best performing ones or through targeted breeding by professional breeders. Breeding and selection also produce the optimal varieties dealing with water shortage or excess precipitation. Excess precipitation is associated with increasing infection chances with late blight. There is a trade-off between drought and late blight resistance when farmers subject their crop to too much rain in Ethiopia and other environments such as Lesotho on the other side of the equator half a year later. When they plant before the peak of the monsoon they risk late blight infection, but when planting later when rains subside with less risk of blight, they suffer an increased risk of low yields due to drought. 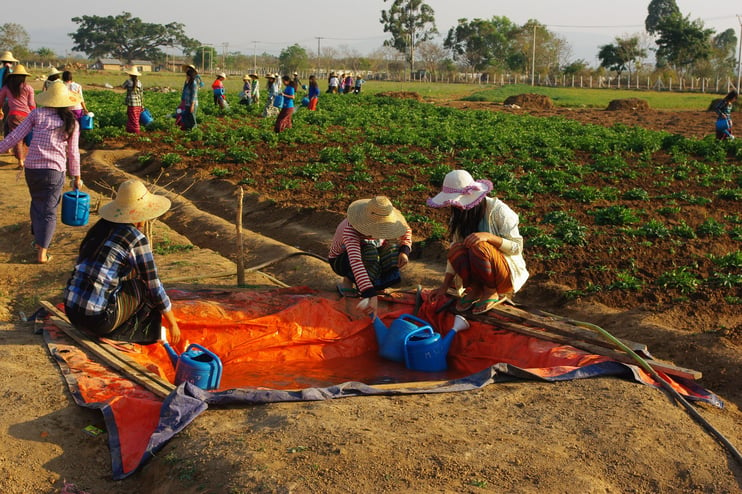 Adequately irrigated crops require less water-related survival mechanisms, such as escape through earliness or deeper rooting. Also leaf shedding and leaf regrowth depending on transient rain patterns rather than in rain-fed crops is a survival mechanism. Hence, actual irrigated yields are higher than of rain-fed crops, but prospects of still higher yields through processes not related to water supply are limited.

Our Potato Breeding Book, a handbook for potato breeders published in collaboration with the Louis Bolk Institute and Wageningen University, reveals all skills needed for successful potato breeding. The extensive, handsomely designed manual (170 pages with full colour pictures) is most informative and inspiring for every player in the potato chain. It is published in English, Dutch and Chinese.

Buy your copy today and get a one-year free subscription to PotatoWorld magazine!