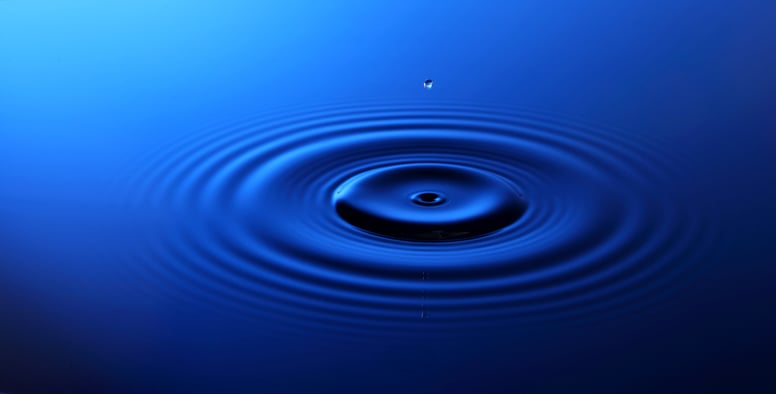 Crop available water (CAW) is the quantity of water in the soil expressed as mm water per meter soil depth. It is 50% of the amount of water between field capacity (FC) and permanent wilting point (PWP). Expressed in a formula:

If more than 50% of the available water is taken up by the crop, soil suction exceeds 0.8 bar (80 centibars) and the crop starts to suffer and needs irrigation. CAW depends on the rooting depth that varies roughly from 25 cm to 80 cm. When there is an impenetrable soil layer, the roots do not pass such disruption. A penetrometer is used to assess if such a layer, a plough pan for instance, is present and at which depth. Potato roots grow somewhat deeper after ripping the soil with a subsoiler. The amount of water between FC and PWP per meter soil depth depends on the proportion of clay and silt in the soil.

Measuring the water status in plant and soil

Researchers assess crop water status by observing phenomena at individual plants. Weighing leaves from drought-hit plants before and after wetting them until saturated, produces the relative water content of the leaves that decreases with increased drought. Another method is gauging the plant water suction force by a pressure chamber or indirectly by psychrometer measurements which produce the crop water potential that increases to more negative values

when more water is withheld. There are tools to measure the decrease in water flow within the stem (stem flow gauge) and the decrease of the water flow out of the stomata (porometer) when crops suffer lack of water. The leaf temperature, measured through infrared thermometry, is higher when the leaves lose less water through transpiration, a sign that they suffer from drought. All these measurements register indirect growth reduction associated with drought. They have no predictive value so when a drought associated phenomenon is observed the grower is too late to avoid any damage to the crop at all.

A penetrometer measures the resistance of the soil to penetration. When there is a hard pan, the rooted zone is limited to the zone above the pan as roots are hardly able to penetrate it 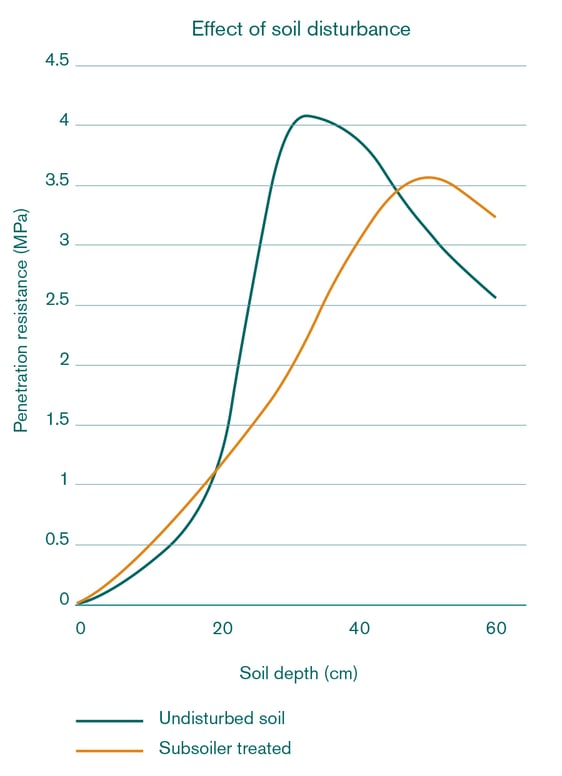 A hard pan, a plough pan, at some 25-cm depth is observed with a penetrometer as soil resistance in Mpa (1 megapascal is 10 bars which is close to 10 atmosphere pressure). Mechanical disturbance of soil and thereby rupturing the pan with a sub-soiler (ripper) reduces the penetration resistance for roots and improves drainage and capillary rise of soil water. Actual values depend on soil conditions (a wetted soil results in less resistance) and on the angle and diameter of the cone tip of the penetrometer