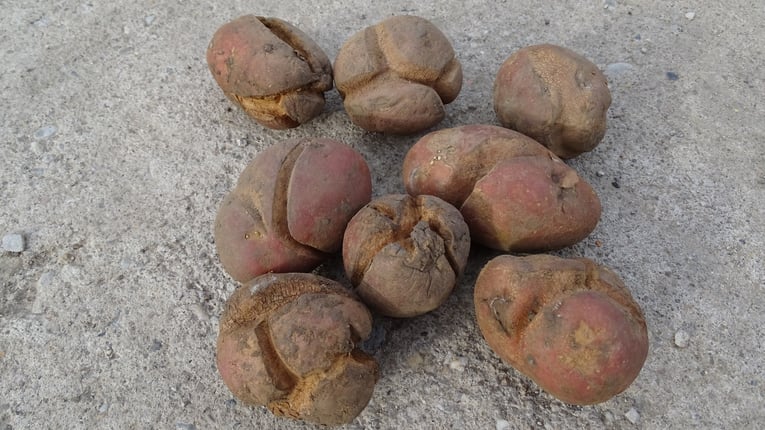 Cause of a disorder

Contrary to diseases they are not infectious and since they are not associated with a pathogen, there is not always a simple procedure to identify the cause of a disorder. The environmental causal factors of the disorders are all factors that influence growth such as temperature, water, minerals and soil conditions.

Some of them can be avoided such as taking care that no damage occurs during the operations in the field and post-harvest. These are hilling, hoeing, driving through the fields for spraying, at harvest and handling for store loading, unloading grading and packing.

Some can hardly be avoided such as flooding, heat waves and frost. Disorders cause heavy losses of crops, occasionally leading to complete loss due to asphyxiation following excessive rain and flooding.

Disorders can be divided into defects that can be seen from the outside so called external defects and those that can only be observed when the tuber is peeled or cut, i.e. internal disorders. They occur during growth, harvest, storage handling and during the shelf life of the tubers in the shop. 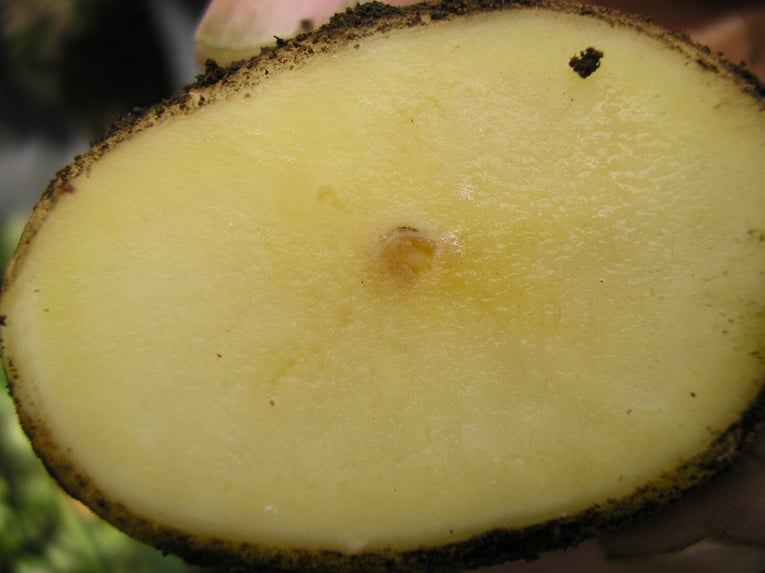