Seed tubers of potatoes traditionally were planted manually. In production systems without any traction other than human, this is still a widespread practice. Without use of machinery the soil is tilled by hand. Here the grower makes a shallow hole of a few cm depth. Next the seed tuber is deposited and covered with a few cm of soil.

Where animal traction is used two methods of planting exist. On light sandy or volcanic soils, the seed pieces are placed at intervals in the about 10 cm deep furrow and covered with soil at the next passage of the plough. Where soils are heavier and need more tillage to crumble after ploughing, a shallow furrow is made, the seed placed and covered by soil with a hoe.

After ploughing and crumbling, some growers use a dibble that punches a 10 cm deep hole. This is often done in a pattern of lines prepared by a wooden marker. Semi-automatic planting is done with a tractordrawn, two-row machine that is provided with turning discs, partitioned in compartments that are hand-filled. The machine drops the seed tubers at regular intervals in a furrow and covers them with the help of two discs.

Automatic planters not requiring manual labor aside from the tractor driver, are 2, 4, or 8 row machines that pick up the tubers from a hopper and deliver the seed pieces with the aid of cups, spikes or belts and deposit them in a shallow furrow and cover them. Some systems are supplied with equipment that applies fertilizers and or pesticides (nematicides, fungicides, soil improvement agents) and form a ridge in its final or semi-final shape. 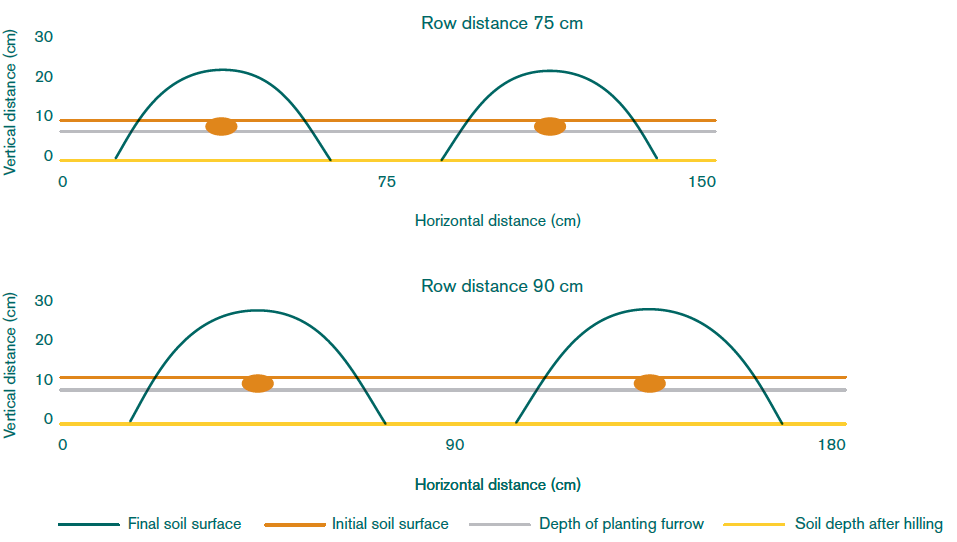 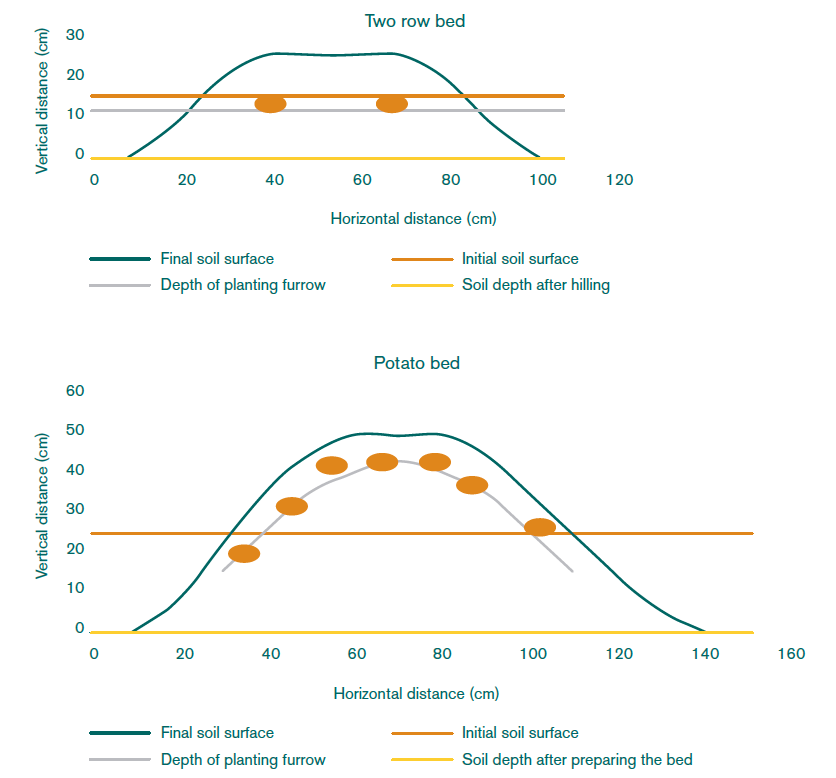 Planting two rows of potatoes in one bed is widely practiced in Asia and 2 or 3-row beds in stony soils with stones separated in e.g. the UK and less widely elsewhere. It leads to an earlier ground cover and is more labor efficient than single rows. Elevated multiple-row beds are practiced in tropical environments to avoid the risk of waterlogging and erosion.

Want to learn everything about the potato? Our Potato handbook is a global potato university in 1 book!

Buy your copy today and get a one-year free subscription to PotatoWorld magazine.