The content of this blog originates from the article on the Potato Variety Days 2021 published in PotatoWorld magazine 2022/01.
By Zindziwe Janse, Jaap Delleman and Leo Hanse.

During the Potato Variety Days 2021, we asked participating breeding companies about the key focus of their breeders in their search for new varieties. In this blog post you may read the answer given by Jarke Kruize, Vendor of Starch Varieties at Royal ZAP/Semagri Holland, Wieringerwerf (NL):

‘The basis for success is to keep each other well informed’ 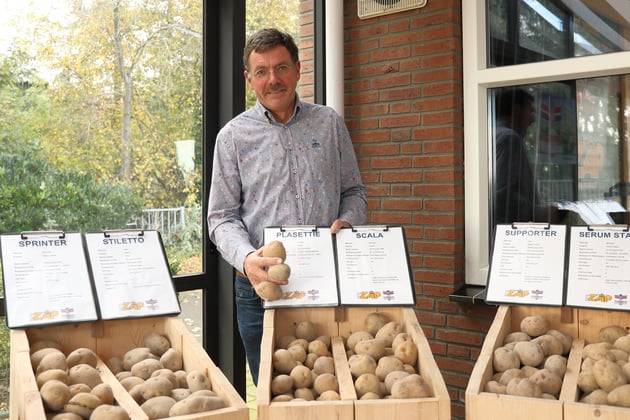 ‘The most important issues for the cultivation areas and the requirements of the processors are what we focus on’, Jarke Kruize describes their spearheads. In his opinion, the trick for developing varieties within Royal ZAP/Semagri Holland is to link the two together, because 'one cannot exist without the other’.

Although the growers at ZAP/Semagri mainly focus on starch, Kruize also includes the flakes and French-fry segments in this vision. He also gives examples, ‘What’s important in the growing areas is the search for resistance to nematodes and wart disease. And where processors are concerned, it’s all about factors such as the efficiency in the processing routine and the processing quality of the raw materials.’ If he had to single out one very topical issue for the cultivation of starch potatoes in sandy areas, it would be wart disease. This is not limited to the northeast of the Netherlands, Kruize emphasises. ‘Last winter, I tried to map out for the whole of Europe which physios have been established in the different starch and flakes cultivation areas. And I also checked on which ones we can test, because that’s not yet possible for every physio. With wart disease, many immediately think of peat soils with starch potato cultivation, but the problem is also increasingly occurring on sandy soils where we grow potatoes for the flake and French-fry industry. If there are areas there where a regulation for wart disease applies, you can only work there with resistant varieties. You’ll then at least need to have sufficient resistance, otherwise you can’t grow potatoes there. For example, a variety like Innovator can’t be grown there. So, it’s up to us to develop varieties that can. If you ask how you’d do that, the answer is that effective communication is very important. We work a lot together with independent growers and if we want this to be successful, it’s important to inform each other well. You do this by indicating in good time any current or expected cultivation problems and by helping think of solutions. I always actively search for suitable parent material myself. With this, I aim to obtain the broadest possible range, so that we have the widest possible range of resistances available to choose from. You have different choices, what matters to me is that not everyone chooses the same. When it comes to that desired resistance to wart disease and nematodes, a promising candidate has been found in the Plasettie. This is a variety from Diny Plas’ breeding station that has been on the national Varieties List since 2009, but is only now receiving more attention due to the increasing problems relating to wart disease. Unique to this variety is that it has a completely different genetic background from other resistant varieties. It contains components of the Belita, for example, an old potato variety that was known long ago for its resistance to wart disease. What’s special is that it was discovered not so long ago that this variety also has a resistance to the not-so-long-known physio 38. The variety was then tested by HLB on the Dutch potato population and in a first screening the result was “not affected”. This means that the variety really contains broad resistance to wart disease, because those 1, 2/6, 18 and also 8 physios were already known, according to the variety description. And, in addition, when it comes to nematode resistance, the Plasettie is complemented with a good eelworm tolerance with a 9 for Ro1, Ro2/3 and Pa2’, says Kruize enthusiastically.

’Want to keep reading about the Potato Variety Days?
In the run-up to the event we published an e-book that you can download here! 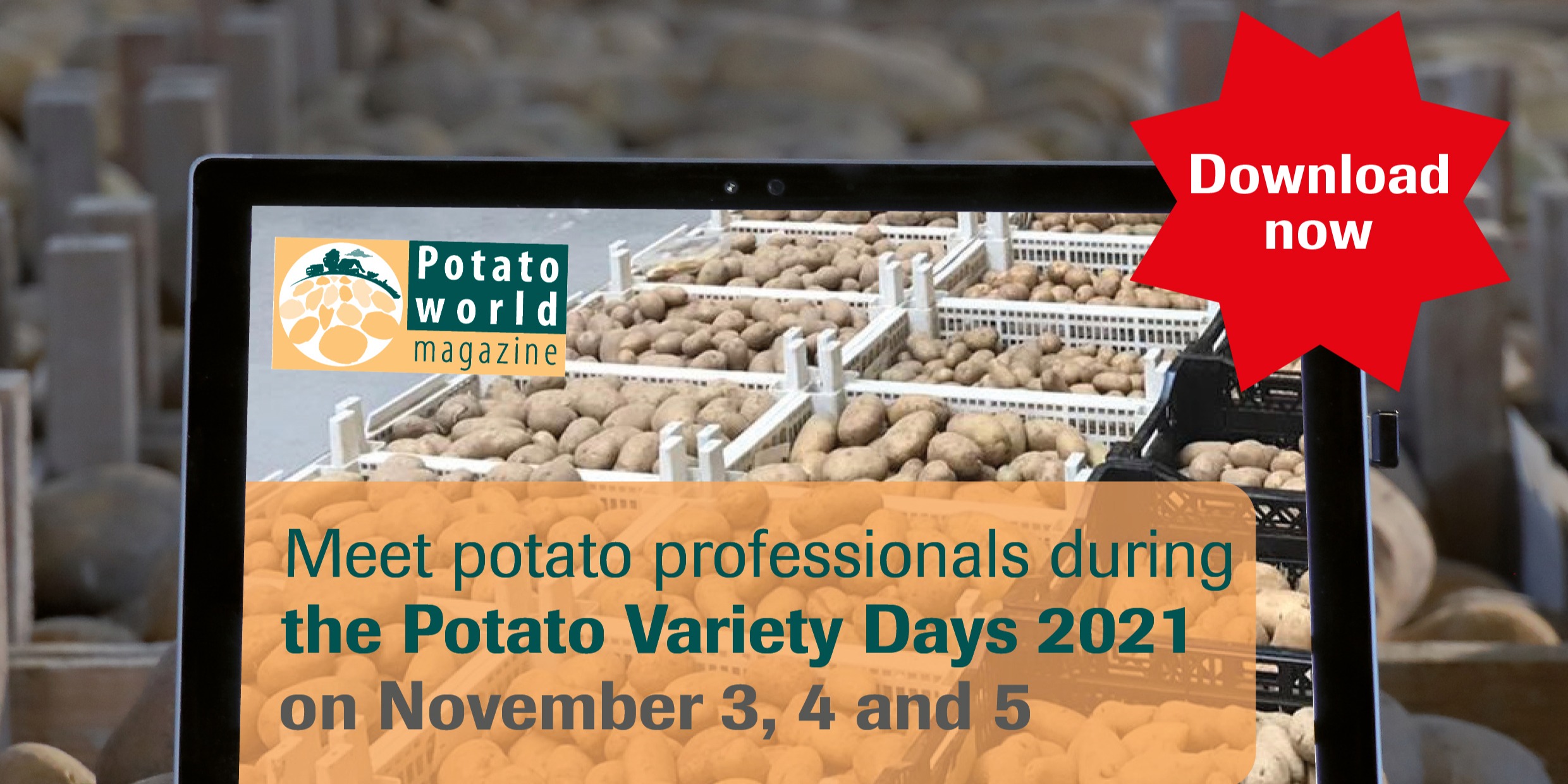