The health benefits of the potato 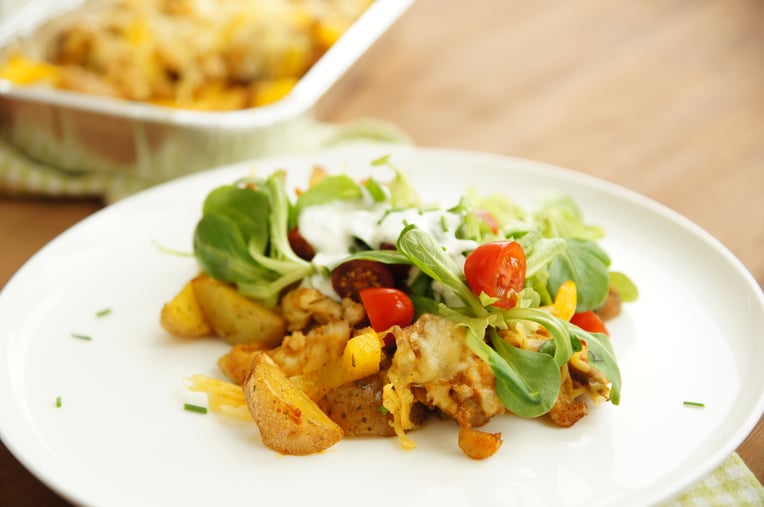 After wheat and white rice, potato is the third food crop widely consumed by humans. The quantity of maize produced is higher, but the bulk of that crop is consumed by animals and also a considerable amount goes to biofuels. When the dry matter of wheat, rice, and potato flour are compared, it appears that the energy contents are comparable around 1600 kJ per 100 gram.

Starch is the main source of energy, but sugars such as glucose, fructose, and sucrose are also present at concentrations that depend much on the physiological stage of the tuber before and after harvest. Wheat flour is the richest source of protein, while rice flour has the lowest fibre content. The iron concentration in potato is similar to that in wheat, and potato contains much more potassium. The bulk of the protein in the tuber is patatin, which has very good digestibility compared to that of cereals. The value of protein from potato is about 95, while the protein value of cow milk and cheese is around 85 and it is 75 in beans.

Potato as a vegetable regarding some aspects is comparable to fruits as is obvious from the high concentration of ascorbic acid (vitamin C) similar to that in an orange. Much of that, however, is lost in the preparation of potato dishes. Vitamin C is involved in the formation of connective tissue, uptake of iron, and resistance against diseases in humans. There are other antioxidants in potato tubers than vitamin C, such as flavonoids, polyphenols, chlorogenic acid, and several carotenoids like zeaxanthin in orange or deep yellow coloured ‘egg yolk potato’ varieties. Flavonoids are water-soluble anthocyanins, pigments that colour the skin and flesh of red, purple, and blue tubers.

Many other essential vitamins

Other essential vitamins besides vitamin C are B6 and B1. In addition to calcium, iron, and potassium, potato is a substantial source of magnesium. Vitamin B6 is involved in amino acid metabolism in the immune system and in proper functioning of the nervous system. The fibre in the potato is mainly from the cell walls and crude fibre or dietary fibre (cellulose, hemicellulose, and pectin’s) and constitutes some percentages of the tuber fresh weight. The skin comprises more than one fifth of fibre and contains more fibre than the flesh. Potato fibre contains soluble and insoluble substances, and most of it is not digested by the human intestines. Eating a normal serving of potato daily substantially contributes to the daily allowance of the most important necessary food components. Potato lacks vitamins A and D, which are present in dairy products. Thus, when complemented with these, a complete meal from the nutritional point of view is served. To fight infant malnutrition in Peru in the 1980s, such mixtures of potato and milk powder were provided to supplement babies’ diet.