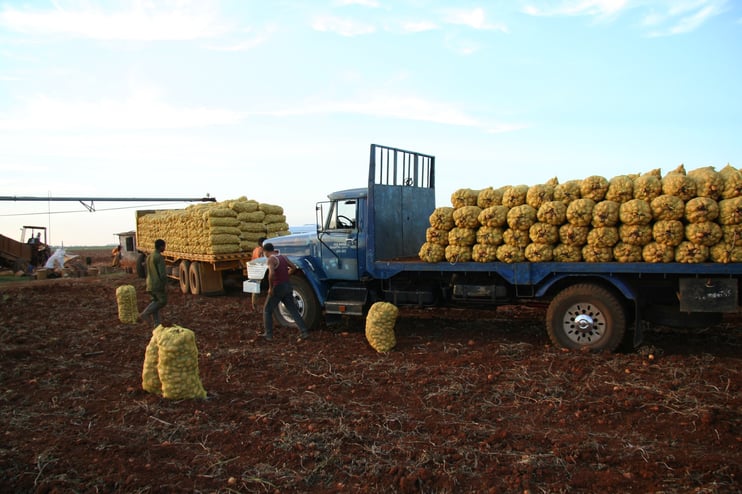 Until the third quarter of the last century, potato was a local for local foodstuff. It was produced and consumed or processed within one or a few hundred kilometers.Since then the potato has gradually partly become a global commodity. Seed potatoes from their production regions in North America and North Europe are shipped to Latin America, Africa and Asia with an annual export volume exceeding 1.2 million tons. Bagged seed potatoes are shipped by insulated refrigerated and frost-free trucks to neighboring countries or in refrigerated containers on ships when transported overseas. Fresh table potatoes are transported in a similar fashion to neighboring countries but often to other clients in countries that do not grow potatoes but trade them. In this way ware potatoes from the Netherlands, washed and packed, end up in Malaysia and Brazil and from North America in Central America.

Potatoes for processing travel a longer distance when the finished product has a higher value, as the proportion of freight costs of the total increases with distance. Starch potatoes are produced within about 150 km around the factory. Potatoes for the production of frozen French fries in general travel not more than 200 km, chips factories still are relatively close to the potato fields. Potato tubers destined for processing into crisps are transported over the longest distance as the factories are close to the consumers who live in cities. This is because after processing and packing the volume of the finished product has increased several times compared to the raw material. In contrast, in the production of French fries, the volume is more or less reduced to half. Thus, in Mexico the raw material is transported up to over 1000 km by refrigerated trucks from the northern plains to Mexico City. In countries where none or hardly any suitable processing potatoes are grown, such as the Philippines and Indonesia, processing companies import the raw material from overseas, e.g. from Europe, North America, Australia and New Zealand. In Japan, where the import of fresh potato tubers is not allowed for phytosanitary reasons, a factory is built in a confined quarantine section of a harbor. The living raw potato material is imported from the USA, but it only leaves the area as inert processed products.

Frozen potato products have become a global commodity produced in the regions with the lowest costs of production in North Europe, North America and Argentina. They are transported all over the globe where there is an effective demand. This is not only to countries with much purchasing power such as Brazil, China, Japan and Australia, but the products are also found in the quick service restaurants and super markets of the capitals in upcoming markets and developing countries such as in Addis Ababa, Kigali and Hanoi. 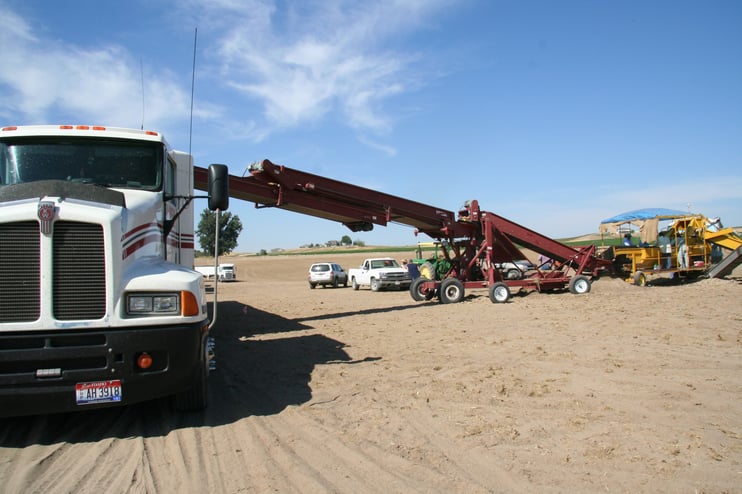 Road transport in large trucks in bulk is done for a few hundreds of kilometers for chipping potato and for up to well over 1.000 km for tubers destined to process into crisps.

Want to keep reading about the potato crop and the washing, weighing, packing and palletizing of potatoes?
Our Potato handbook is a global potato university in 1 book!
Buy your copy today and get a one-year free subscription to PotatoWorld magazine.