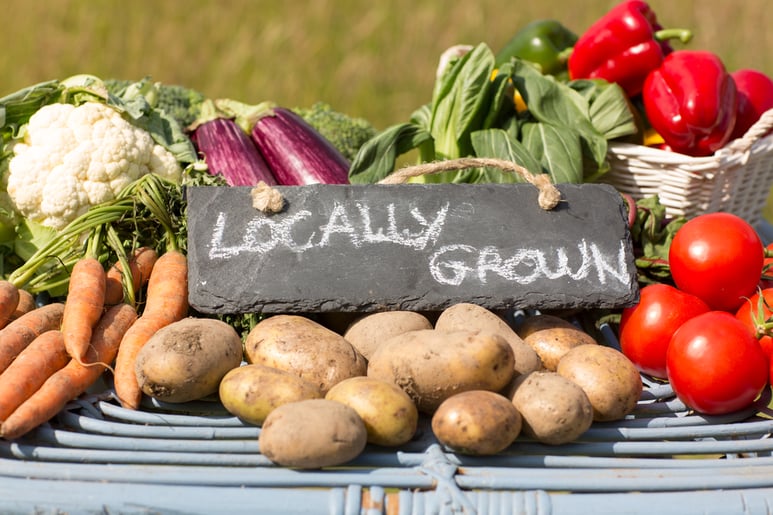 In future, there is more CO2 (carbon dioxide) in the air, temperatures are higher and rainfall is more erratic. Plants need CO2 for their growth so the more CO2, the faster they grow, expectedly 30 % faster the coming forty years.

This also holds for other starchy root and tuber crops such as sweet potato and cassava. It is expected that average temperature in the next forty years increases with 2 °C meaning that the frost-free period of the potato cropping season in temperate climates with summer crops, will increase by three weeks.

This longer growing season will lead to another 15% yield increase. In winter crops faster growth and a shorter season keep each other in balance. Climate change also brings risks for potato such as the consequences of irregular rainfall that needs to be solved through additional efforts in irrigation and drainage management. There is also an increased risk of the introduction of tropical diseases and pests, such as psyllids.

It is striking that potato increasingly contributes to global food supply as it extends faster than other major food crops. It makes best use of land and water for the production of energy and protein for man. Following the effects of climate change and precision agriculture on potato cropping, potato will take further charge.

Trade in potato and its products has become global, making it available for more consumers. In a development setting, the low tech “just wash and boil” preparation of tubers even when the crop is growing is a major advantage. Potato over the past few hundred years has increasingly contributed to food supply and diversification of the diet of the world population. The potato clearly will be more a crop of the future than it was in the past.

Concluding the list of advantages of potato and although “de gustibus non est disputandum” many products of this tuber are considered delicious by the consumers:

along with its products from starch or flour, such

as noodles and extruded snacks.

As early as 10,000 years ago, the South American population around Lake Titicaca had domesticated the potato crop. They did so by selecting from hundreds of wild potato species the ones they liked best. When Cristopher Columbus arrived in South America around 1500, the Inca civilization was at its peak. When the conquistadors arrived later they could not apprehend that 500 years later farmers at all continents would grow the crop and that in the future, after wheat from the Middle East and rice from Asia, potato would be the third most popular food crop on earth.