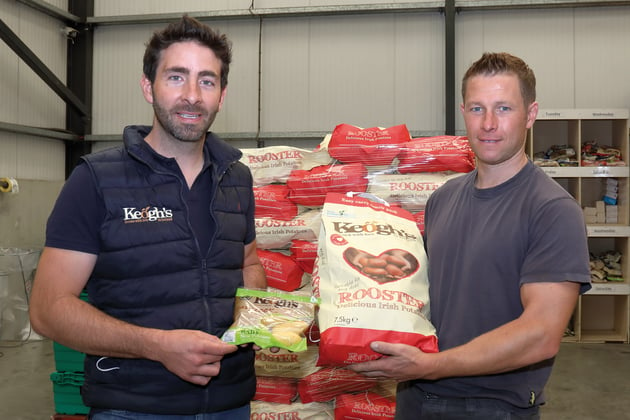 For this series, Jaap Delleman travelled to Ireland ahead of the World Potato Congress 2022 in Dublin (May 30 - June 2). A full, comprehensive preview was published in PotatoWorld 1, 2022.

The Keogh's family business also has a long tradition. People in the town of Westpalstown have already been active in the cultivation of potatoes for 200 years now. The fourth generation of Keogh's, consisting of Derek, Ross and Tom, in addition to growing and marketing table potatoes, has been active in the production of crisps since 2011.

They supply these crisps under their own family brand to customers at home and abroad. They now export their potato products to 14 countries. A major buyer of crisps is North America, where Americans with Irish roots continue to boost the demand for locally-flavoured and prepared crisps. ‘During the celebration of St Patrick’s Day, we delivered 10 containers within one month. But also on special days like Thanksgiving, the big bags of crisps are popular’, Ross tells us. Upon arrival at the business premises in the potato region of North County Dublin, he introduces us to the potato crisp factory. At that location, the family produces crisps with Kettle fryers that they imported from Pennsylvania in the USA. They now have three of these, each with its own name: Eimear, Lyndsey and Patty. After frying, the crisps continue their journey in the factory, where they are seasoned with different spices and salt. To provide the crisps factory and the small packaging plant with sufficient potatoes, the company cultivates about 150 hectares of potatoes, 60 hectares of which are crisp varieties. In total, the company cultivates about 8,000 tons themselves. They store part of the yield in a 6,500 ton box storage facility. In addition to their own crops, they also buy potatoes from the market to meet the total requirement of 21,500 tons, of which 2,500 to 3,000 tons are for crisps.

Besides crisps, Keogh’s supplies packaged potatoes to customers such as Super Valu and Aldi, and via wholesaler BWG to local Spar shops. The most important table potato varieties are Rooster, Maris Piper, Queens and Maritiema for the Aldi supermarkets. For processing, the Lady Rosetta, Mera and Kibbits varieties are important. Before Brexit, the company imported a significant part of its seed potatoes from Scotland. From this harvest year onwards, that will have to come more locally and also from the Netherlands. ‘Especially a variety like Maris Piper, which is nowhere to be found on the mainland of Europe’, says Derek. 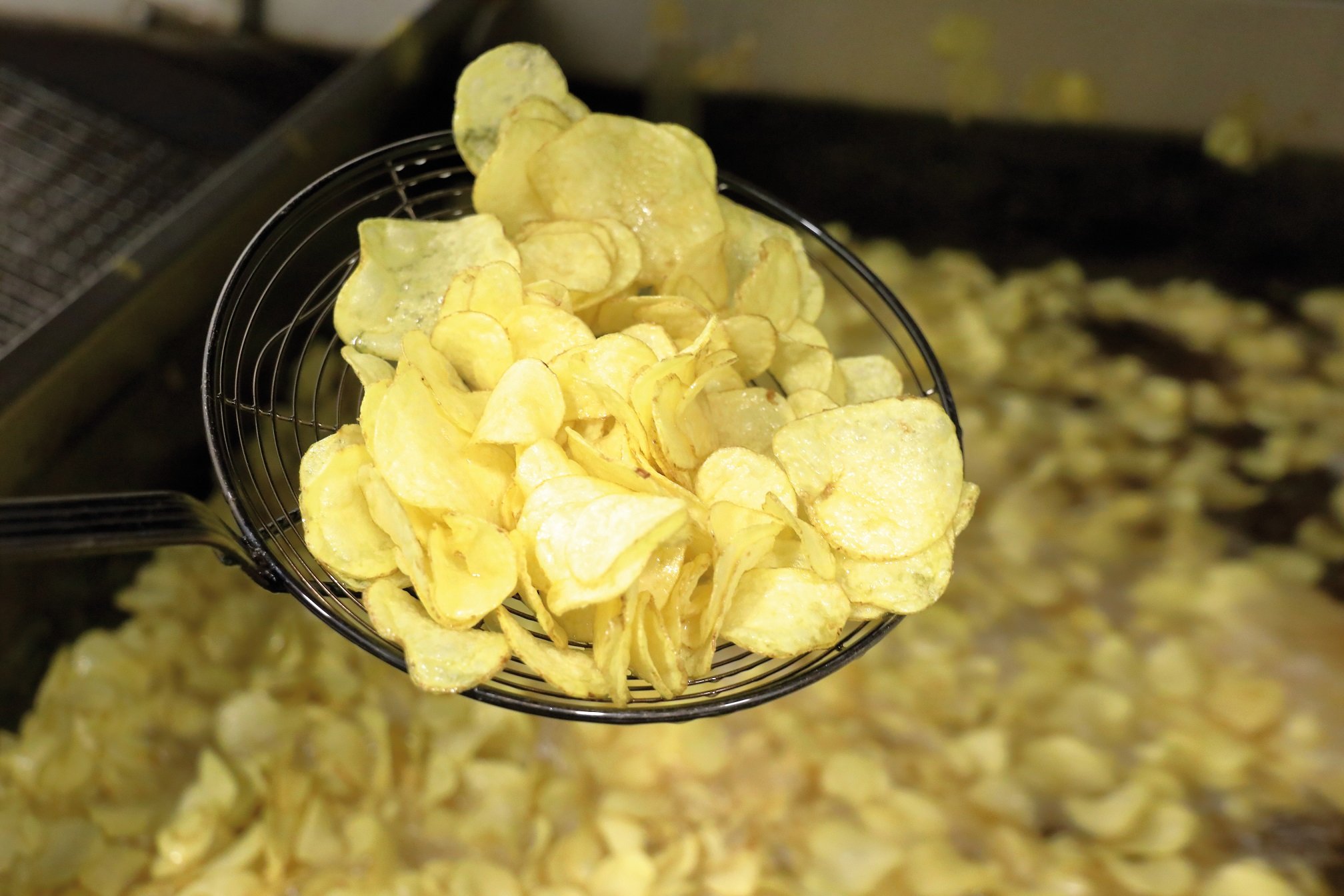 In three Kettle fryers, each with its own name, the Keogh family fry crisps that they export to 14 countries.

Want to receive our insightful and pictorial impression of what exactly the Irish potato sector encompasses?
Download the full, exclusive PotatoWorld magazine preview on the World Potato Congress in Ireland for free: