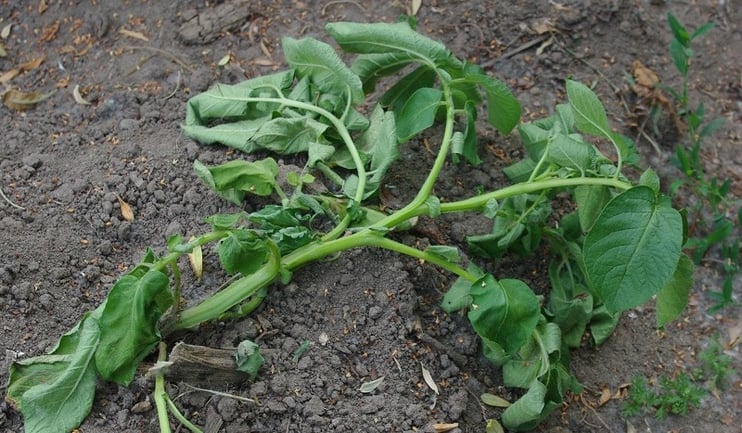 When the potato crop has just been planted, soil surface water evaporates. After emergence, the plant loses water through transpiration.

The term for evaporation and transpiration added together is evapotranspiration. When over a certain period, precipitation from rain and irrigation is less than evapotranspiration, the soil loses water from its reserve. After a substantial rain or after irrigation, the rooting zone is saturated with water but after a few hours the excess water is drained, air enters between the soil particles, resulting in a root zone being at field capacity. The plant at this stage has no difficulty to extract water and the stomata are fully open so water transpires unrestricted. This cools down the plant and allows CO2 in. When more water disappears through evapotranspiration, the soil particles that are adhesive to water want to stick to the remaining water and plant need suction force (Ψ) to extract it.

When this suction force shown on a tensiometer is over 50 centibars (Ψ>50 cb), the plant starts to respond by closing its stomata somewhat, so less water transpires. But then also less CO2 enters and the leaf temperature increases, thereby increasing respiration: two reasons for reduced growth. If more water is extracted still, the plant wilts, more soil is exposed to sunlight rather than leaves. As a result less light is intercepted reducing growth further still. When a crop is exposed to drought for a longer period, it sheds its lower leaves, further reducing radiation interception and consequently its growth rate. Potato has a different mechanism than cereals, which are not able to shed leaves. Once the flag leaf is there, it stays there and all leaves contribute to transpiration, albeit less when stomata close. When the soil is virtually completely dry, at the permanent wilting point at Ψ = -13 bars, the plant suffers so much that it cannot recover and dies. 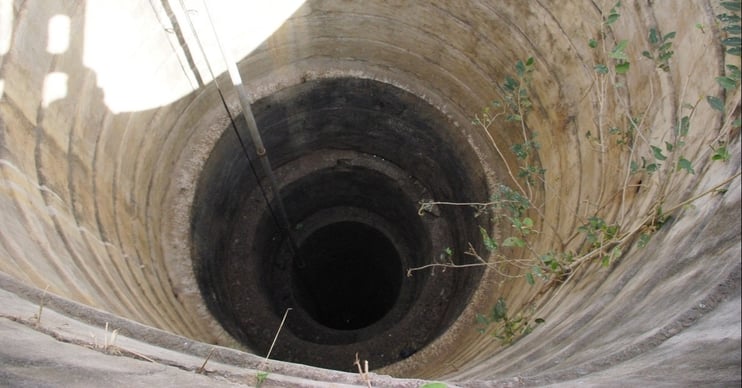 Where crops severely lack water they are supplied through irrigation by hand, hose, drip, sprinkler, gun or pivot. Sources are surface water from rivers, lakes and dams and drilled or bricked wells.

Want to keep reading about the potato crop and its potential yield?
Our Potato handbook is a global potato university in 1 book!
Buy your copy today and get a one-year free subscription to PotatoWorld magazine.